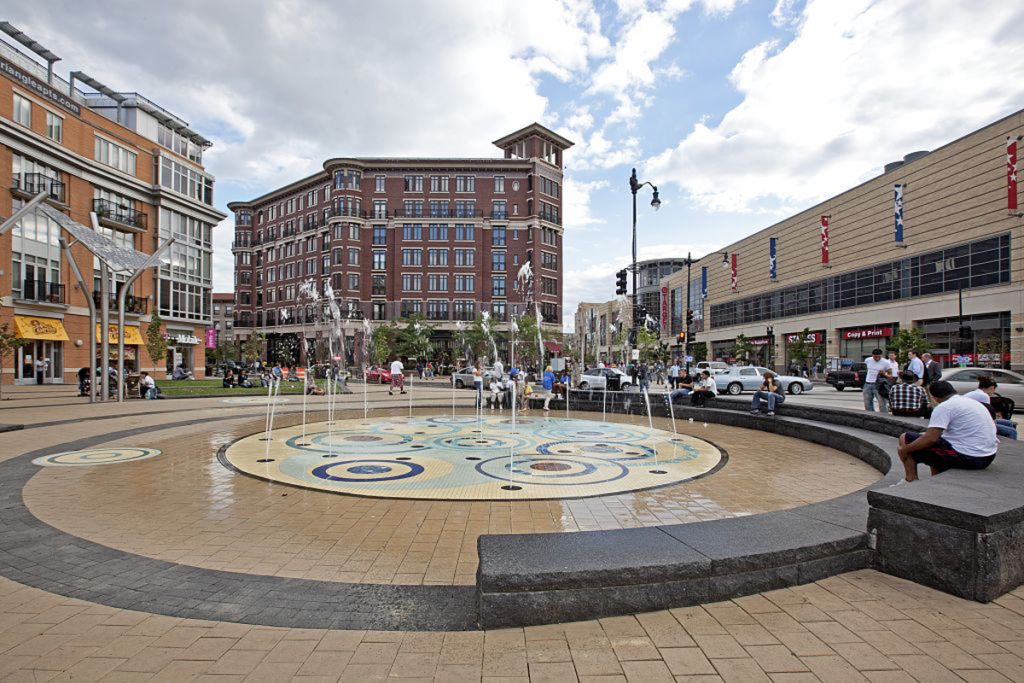 Alive with activity, Columbia Heights is one of DC’s most diverse and urban neighborhoods. The catalysts fueling this vibrant transformation includes the development of several major retailers, a revived arts scene and exciting new residential projects.In 1999, the city announced a revitalization initiative for the neighborhood focused around the Columbia Heights Metro station, which opened that year. There had already been positive developments along lower 14th Street and the U Street corridor. The opening of the Metro station served as a catalyst for the return of economic development and residents.Housing includes high-priced condominiums and townhouses, as well as public and middle-income housing.

In 2008, DC USA, a 546,000-square-foot retail complex across the street from the Columbia Heights Metro station opened. The space is anchored by retailers Target and Best Buy. The shopping center also includes 390,000 square feet of underground parking. A number of bars and restaurants have since opened in the neighborhood, including Pho 14, which was voted best pho in the Best of DC 2010 poll by Washington City Paper.